Curatorial Leadership in Collections Final Forum: The Future of Collections by Rosie Lesso 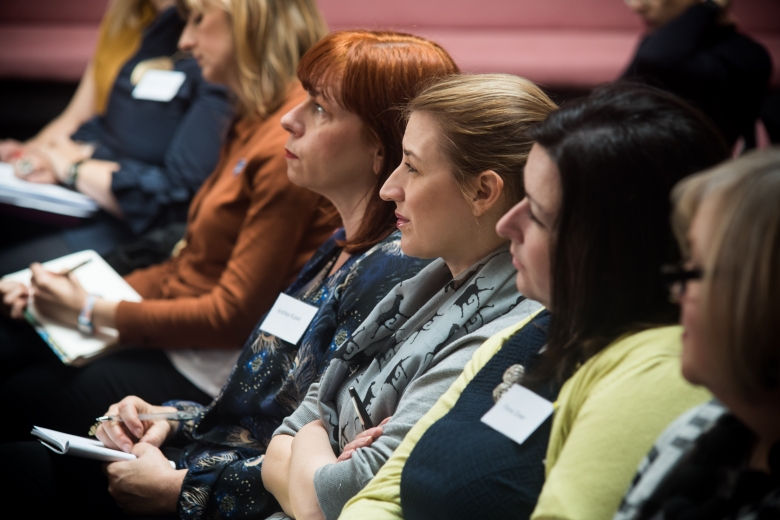 “We have to dare to confront power,” Esme Ward, Director of Manchester Museum, has told an audience of museums and contemporary art professionals in Edinburgh. “Museums have the inbuilt capacity for change – if you do what you’ve always done, you get what you’ve always got.”

Under the glass-domed ceiling of St Cecilia’s Hall in Edinburgh the collections curators who are partners in our Curatorial Leadership in Collections Programme (CLiC), came together for a final forum to share their learning. After 18 months of exchanges with museum colleagues and policy makers in places like Wakefield, Sheffield, Manchester and Eindhoven, and workshops at home in Scotland, the Edinburgh forum was a chance for the partners to reflect on their journey, to share with the sector and discuss what the next steps could be.

The day began with a short film about the project in which the CLiC partners spoke about ways CLiC had enabled them to move forward, gain confidence and think about leadership in creative and progressive ways. Adele Patrick, Lifelong Learning and Creative Development Manager at Glasgow Women’s Library said, “The CLiC project has been rewarding on many levels. It represents the first opportunity to sit round a table and discuss our ambitions for collections in a frank and honest way – these are the ways we can learn together.” Andrea Kusel, Curator of Art at Paisley Museum and Art Galleries added, “The project has enabled us to go to new places, talk to people and see them co-working together and to consider how we might use those examples to move forward.”

Dominic Paterson, Lecturer in History of Art, and Curator of Contemporary Art, at Glasgow’s Hunterian, reflected on what curatorial leadership could look like. He said, “Leaders are bold, visionary and seemingly fearless”, but emphasised the importance of putting one’s ego aside, suggesting, “leadership as a curator equals treating artworks with care, sincerity and integrity. The simple act of curating is an act of trusting artists.” 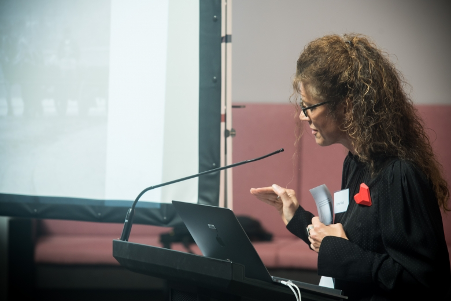 The CLiC project has worked by bringing inspirational practice to the fore. In the afternoon, Esme Ward, the newly appointed director of Manchester Museum, and the first woman to take up that role, spoke about the need to transform the museum’s reach and her creative methods for creating new civic and social purpose for her institution, and how she has worked to gain the trust and support of her staff in these aims. She outlined the history of Manchester Museum as a “pro-social space” which could “inspire action for new forms of behaviour.” She gave examples of museums, organisations and collectives that she has visited around the world who have influenced her inclusive way of thinking. They included Palo Alto’s progressive non-profit Institute for the Future and the socially engaged Yerba Buena Centre for the Arts (YBCA) in San Francisco, which describes itself as the “centre for the art of doing something about it,” spaces with community involvement at their heart.

Ward outlined her ambitious aims for Manchester Museum during its current, £13 million redevelopment, due to be completed in late 2020. Participants were given a glimpse into her Hello Future project, which is aiming to be, “more inclusive, imaginative and relevant to the diverse communities we serve.” The museum plans to take aspects of its collection out into the community during the building work, forging a series of new partnerships along the way.
She shared her creative methods for pushing boundaries and taking risks, including staff brainstorming sessions and inviting 100 members of the local community for a meal to get them involved, asking, “What do people really care about?” Her hope is that, “Manchester Museum will be loved by more people and staff will be inspired to do their best work.”

As a closing chapter, participants were invited to discuss a series of questions in three groups including, “What if museum thinking didn’t begin with a building?” and “What if museums had the courage of our convictions and did more thinking in public?”. Thinking about the many ways of integrating bolder, riskier and more inclusive strategies into collections across Scotland, has emerged as a priority as the groups moves together into the future.

Curatorial Leadership in Collections is delivered by SCAN, with Kirstie Skinner Director of Outset Scotland as lead consultant, and Rachael Browning Head of Programme Development, Art Fund, as adviser.

Curatorial Leadership in Collections is made possible through the generous support of Creative Scotland, Art Fund, Outset Scotland and Museums Galleries Scotland.