Director’s Reflections: One month with SCAN 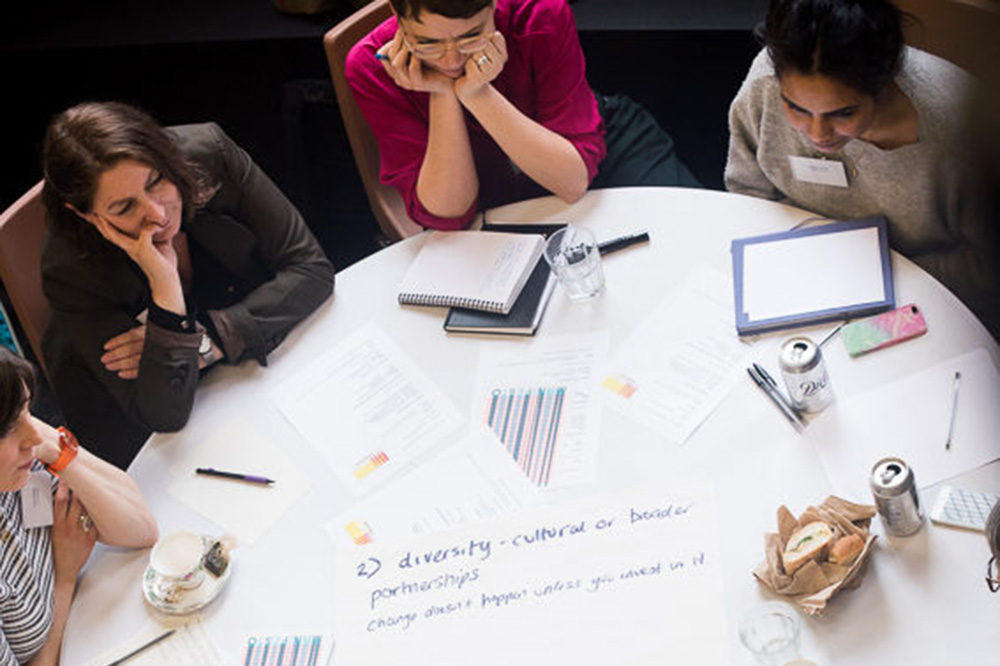 In the first of a regular insight into what our director has been up to, Clare Harris reflects on a month of meetings, moving image and music.

It’s fast getting past the point where I can claim I’m just in the door at SCAN. I started in mid-February, taking up the reins of this small but ambitious organisation from the indomitable Seonaid Daly. We’re now almost at the end of March. Time to share.

I began with moving image; attending Lux Scotland’s Margaret Tait Award and screening, as part of Glasgow Film Festival. Last year’s winner, Alberta Whittle, showed between a whisper and a cry – and we heard that the 2019/20 award went to Jamie Crewe. I write this as I travel back from a day in Dundee, seeing David Austen’s Underworld at DCA, the install of two early-career artists (Miriam Mallalieu and Daniel Twist) at Generator Projects, and an hour or so of music and spoken word as part of Anne Marie Copestake’s exhibition Looking in either direction the whole street was filled with people, some singing, moving towards x… at the Cooper Gallery.

Between these bookends, there was the small (actually not so small…) matter of SCAN’s AGM and Summit. Titled Unsettled Status, it brought speakers from outside the visual art world to present and provoke on how contemporary art could respond to the unstable, often incomprehensible, increasingly hostile environment we currently live in.

For me it’s clear what binds these experiences, and that’s about a space. A space where ideas can butt up against each other, where we are each given a fresh cloth to wipe the lens through which we see our world. There was so much thought, so much passion in every one of these events that I’ve been left rather emotional. Nothing new there, I’ll confess – a bit of emosh has always been my response to that wonderful commonality that art provides us all.

The last month has also cemented the need for a space like SCAN to jointly champion and connect what is an amazing group of places, people, practitioners, working as hard as ever in uncertain times. As our chair Sarah Munro said at the recent Summit, joining SCAN is a political act. It’s a statement of support for the Visual Art Manifesto, produced jointly by SCAN, SAU and Engage just over a year ago, and still very much alive. Sign up to the Manifesto; sign up to SCAN. I look forward to meeting you.